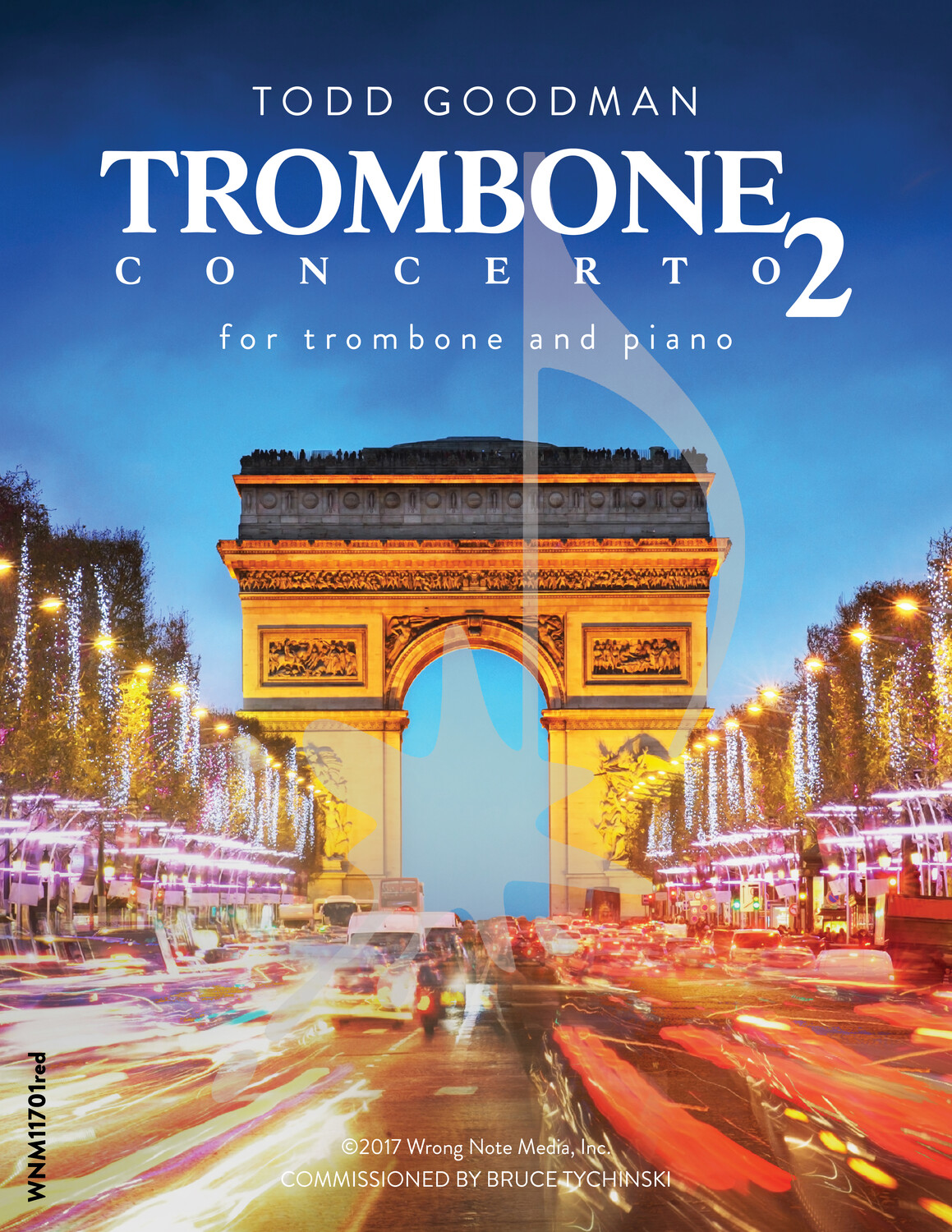 TROMBONE CONCERTO NO. 2 by Todd Goodman

SKU WNM11701red
$30
for trombone and piano
In stock
1
Product Details
PURCHASE THE PRINTED SCORE AND GET THE DIGITAL DOWNLOAD FOR FREE.

Piano reduction for Todd Goodman's Trombone Concerto No. 2 [WNM11701]
Product ships with both saddle-stiched piano score and solo part, both 8.5x11.
Reduction by the composer.

PERUSE THE SCORE
(scores do not display well in Safari)

Listen to and watch the solo part of the studio recording by Dr. Bruce Tychinski, trombone; Dr. Michael Knight, conductor; and the University of Delaware Wind Ensemble

Todd Goodman, composer · Trombone Concerto No. 2 by Todd Goodman for trombone and piano
Save this product for later
Display prices in: USD