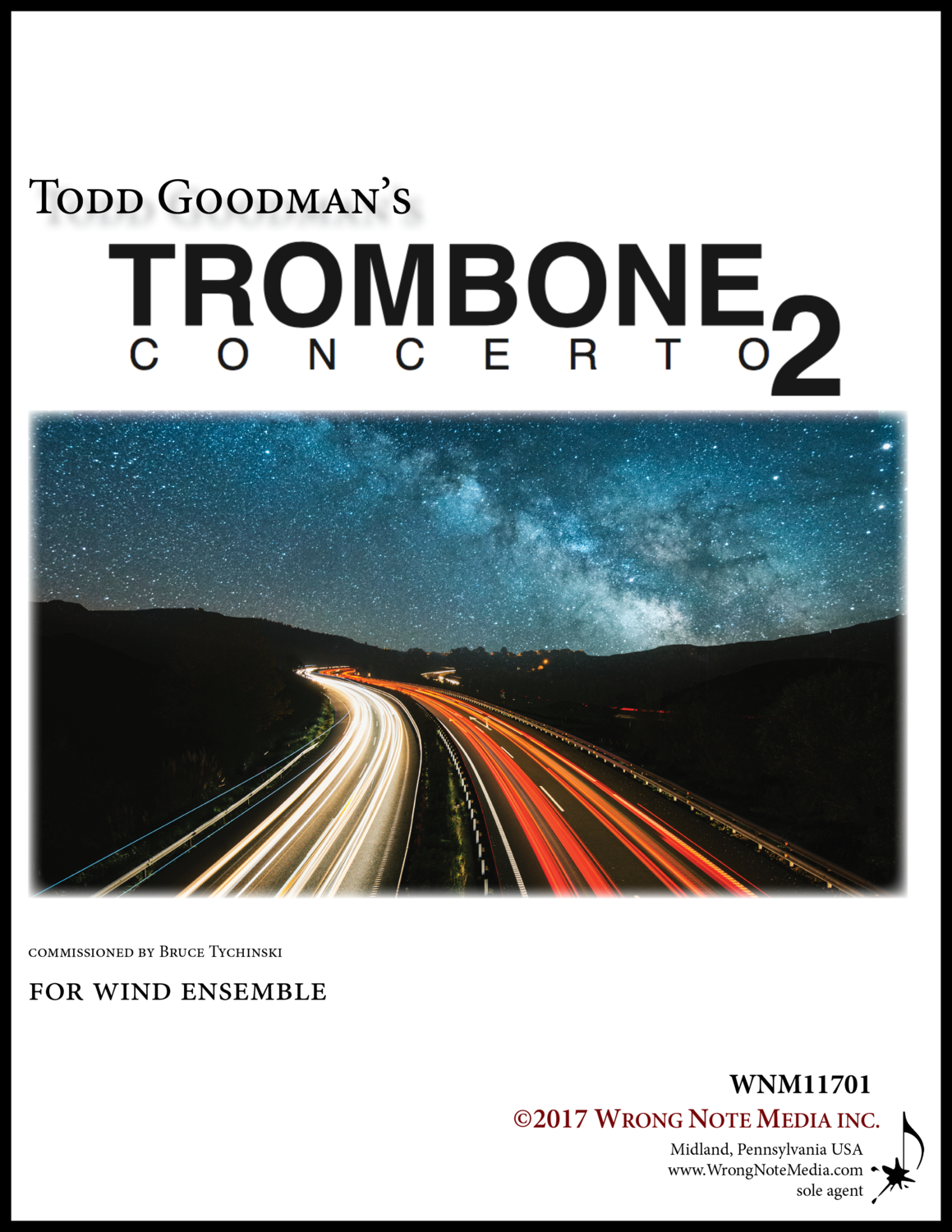 "Trombone Concerto No. 2 is an outstanding addition to the solo trombone and wind ensemble repertoire." - Karl Hinterbichler, ITA Journal Oct 2019

This is an interesting, well-crafted, expertly scored work, in a tonally, melodically, rhythmically and texturally conservative musical language. The trombone part is idiomatic, often exhibiting the lyrical and tonal qualities of the instruments. The part, while challenging, is playable by a performer with good control of the upper register, superior sense of dynamics, and excellent musical intuition. The Trombone Concerto No. 2 is an outstanding addition to the solo trombone and wind ensemble repertoire.