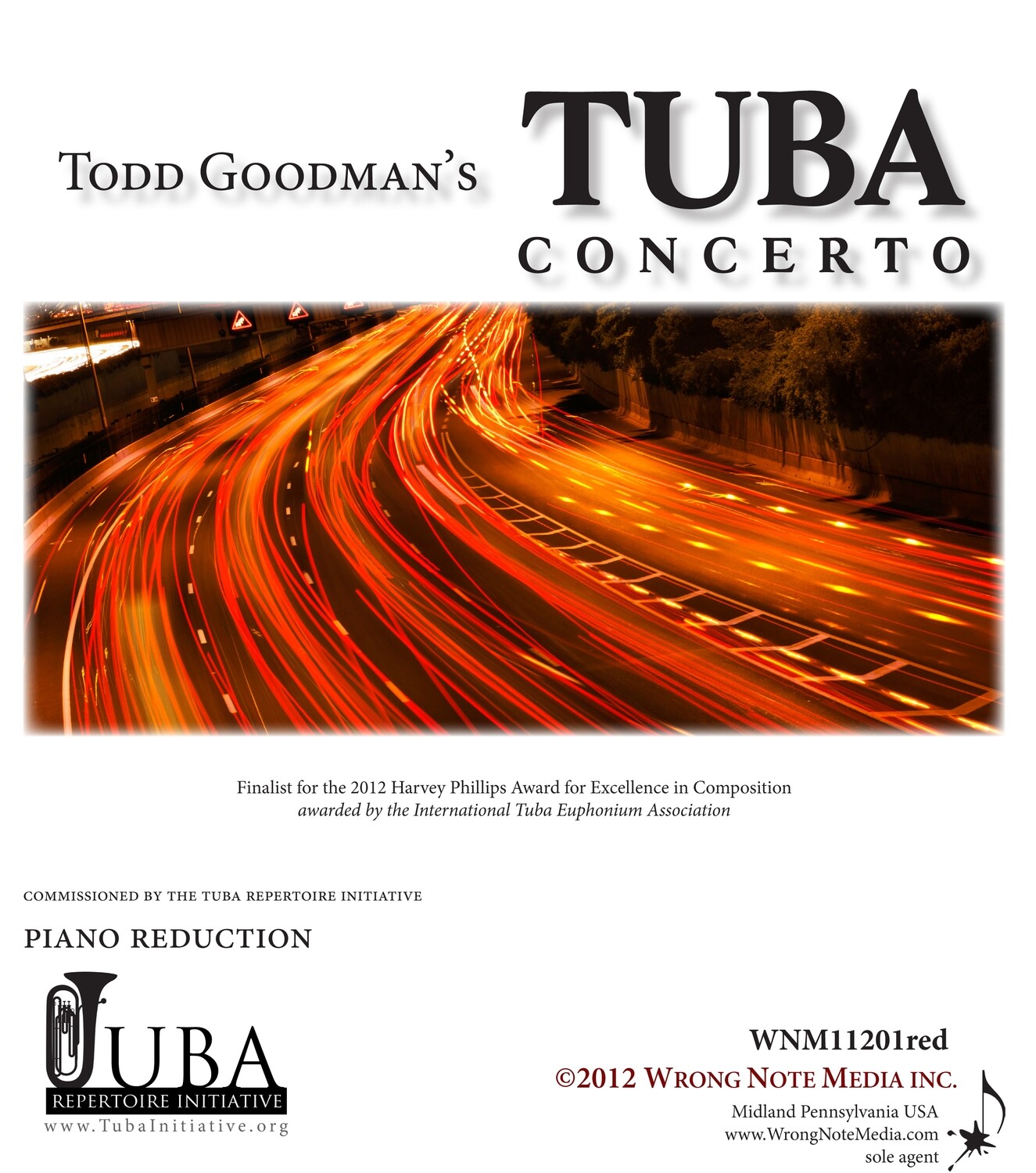 Piano reduction for Tuba Concerto [WNM11201]
Product ships with both saddle-stiched piano score and solo part, both 8.5x11.
Reduction by the composer.

PERUSE THE PIANO REDUCTION:SOME THOUGHTS ABOUT THE WORK:


People that I have talked to about this piece seem very excited with it. I agree, this piece is a great piece of music and I expect to hear more performances of it in the future.”
—Scott Roeder, UT Pan American | ITEA Journal, spring 2014


"Todd Goodman’s Tuba Concerto is a major addition to the repertoire. The work sets out to exploit the many facets of the instrument from its lyricism, powerful tone and range through to its impressive technical agility. The music is moving and profound, providing the soloist with a vehicle to truly express. I would highly recommend this major work to any serious tubist!”--James Gourlay, River City Brass & Duquesne University

Listen to and watch the solo part of a live performance by Aaron Tindall.