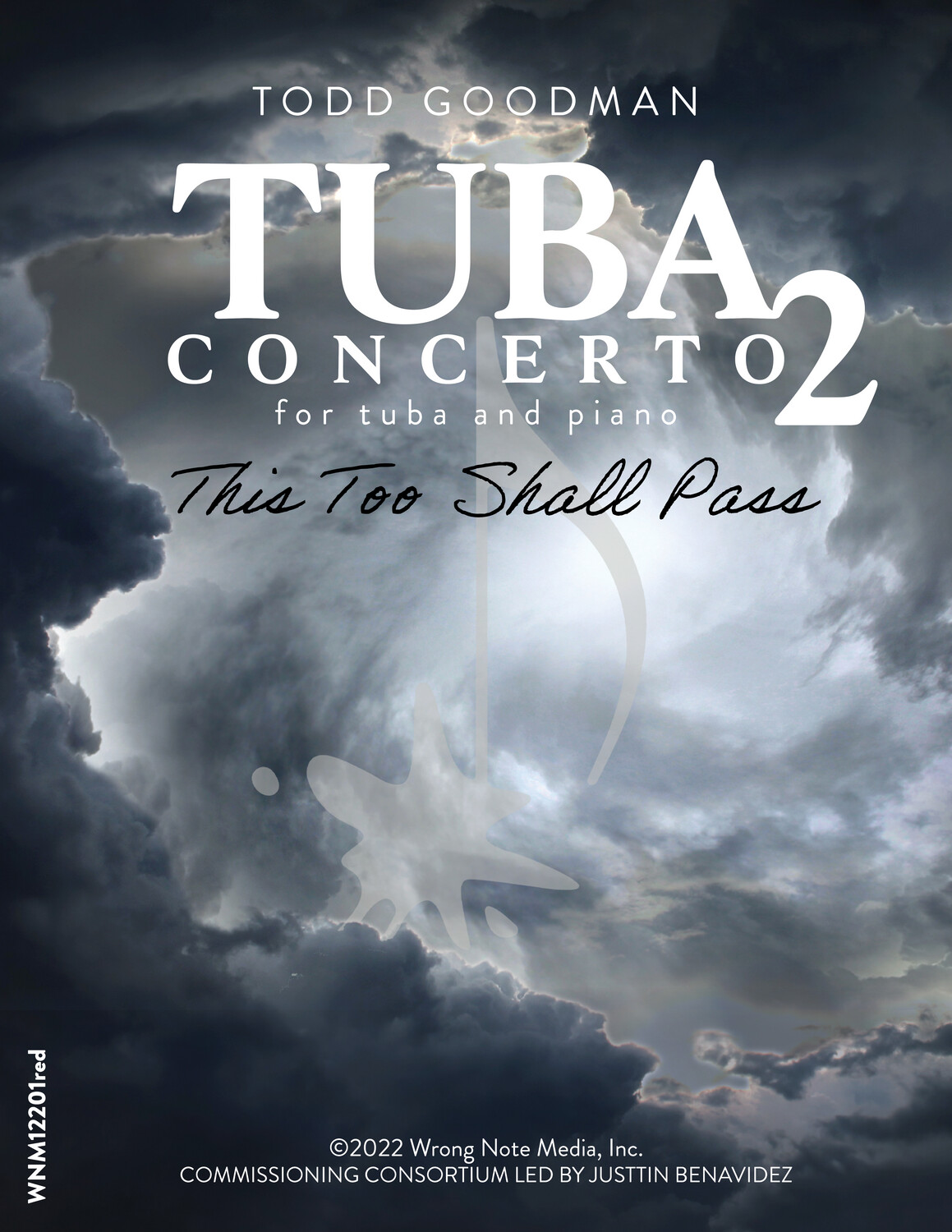 TUBA CONCERTO NO. 2 "This Too Shall Pass" by Todd Goodman

Todd Goodman’s Tuba Concerto No. 2 “This Too Shall Pass” was commissioned by a consortium of 53 tubists, which also includes universities and ensembles from around the world. Members of this consortium, led by Justin Benavidez, will give premieres of this work with its orchestral, wind ensemble, brass choir, piano, and MIDI accompaniments throughout the 2022-23 and 2023-24 concert seasons.

I thought of this concerto as a sequel from my first Tuba Concerto, which I wrote in 2012 for Aaron Tindall. In the first concerto, I set out to explore the lyricism, agility, and athleticism of the tuba. The second concerto continues to expand and explore those same beautiful characteristics of the instrument but in a new, more mature setting. While neither of the concerti have a programmatic story, they both follow a similar character and mood. Unlike my first concerto, however, the writing of this piece came from a totally different place.
2020 to 2022 was a unique and challenging time for everyone—particularly artists. We went from being able to create, perform, and share our ideas with live audiences across the globe to having no real live outlet at all. Overnight, performances and recordings were canceled as the entire music world crashed right in front of us. Personally, all of the projects I had been working on were either canceled or postponed indefinitely. As a composer, I felt that there was really nothing to write for, and I ended up not writing a single note for over a year. Saying it was devastating to me would be the understatement of the decade. I write—that’s what I do—but, I felt that I had nothing to write for. We had no idea when or even if the craziness would ever end. But, it did end, and things started moving again.
One of my first projects that returned was this concerto. At the end of 2019, Justin Benavidez and I first started discussing the possibility of this piece right before things shut down—he had just finished recording my first Tuba Concerto with the Florida State University Wind Orchestra—but I was reluctant to write another one because I was nervous that I wouldn’t be able to write a second one at the level of the first. Although, after some serious arm twisting by Justin, I said yes. I didn’t even get the chance to sketch anything and the world was thrown into turmoil. But when the project returned, I knew that it would be a great place to express the angst, desperation, and resilience I felt during that time. “This Too Shall Pass” tells that story. No matter what is happening in your life, be patient—it will pass.
Todd Goodman’s Tuba Concerto No. 2 “This Too Shall Pass” is the seventh in a series of concerti, including works for alto saxophone, piccolo, bass clarinet, two concerti for trombone, and tuba.

WHAT PEOPLE ARE SAYING ABOUT THIS PIECE 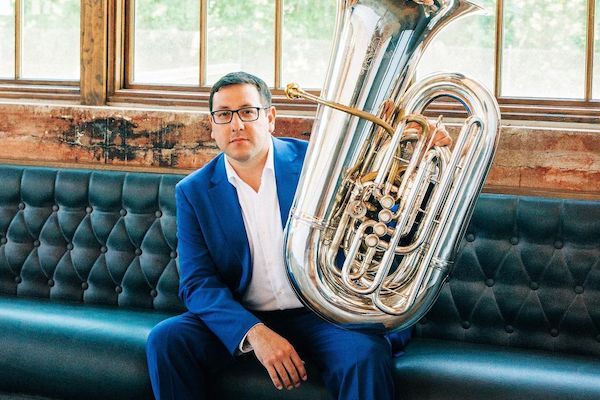 "Todd Goodman's Tuba Concerto No. 2 This Too Shall Pass is a monumental work of the repertoire that explores the expressive and virtuosic capabilities of the tuba. Todd has composed a deeply personal and introspective piece that is mysterious, elegant, and charming. It ensnares the listener from the first note, and as a performer I am continually inspired by the music, discovering something new and interesting each time I perform this concerto. This is a must play for all serious tubists!" - Justin Benavidez

LISTEN TO THE PIECE

Todd Goodman, composer · Tuba Concerto No 2, "This Too Shall Pass" PART ONE - MIDI