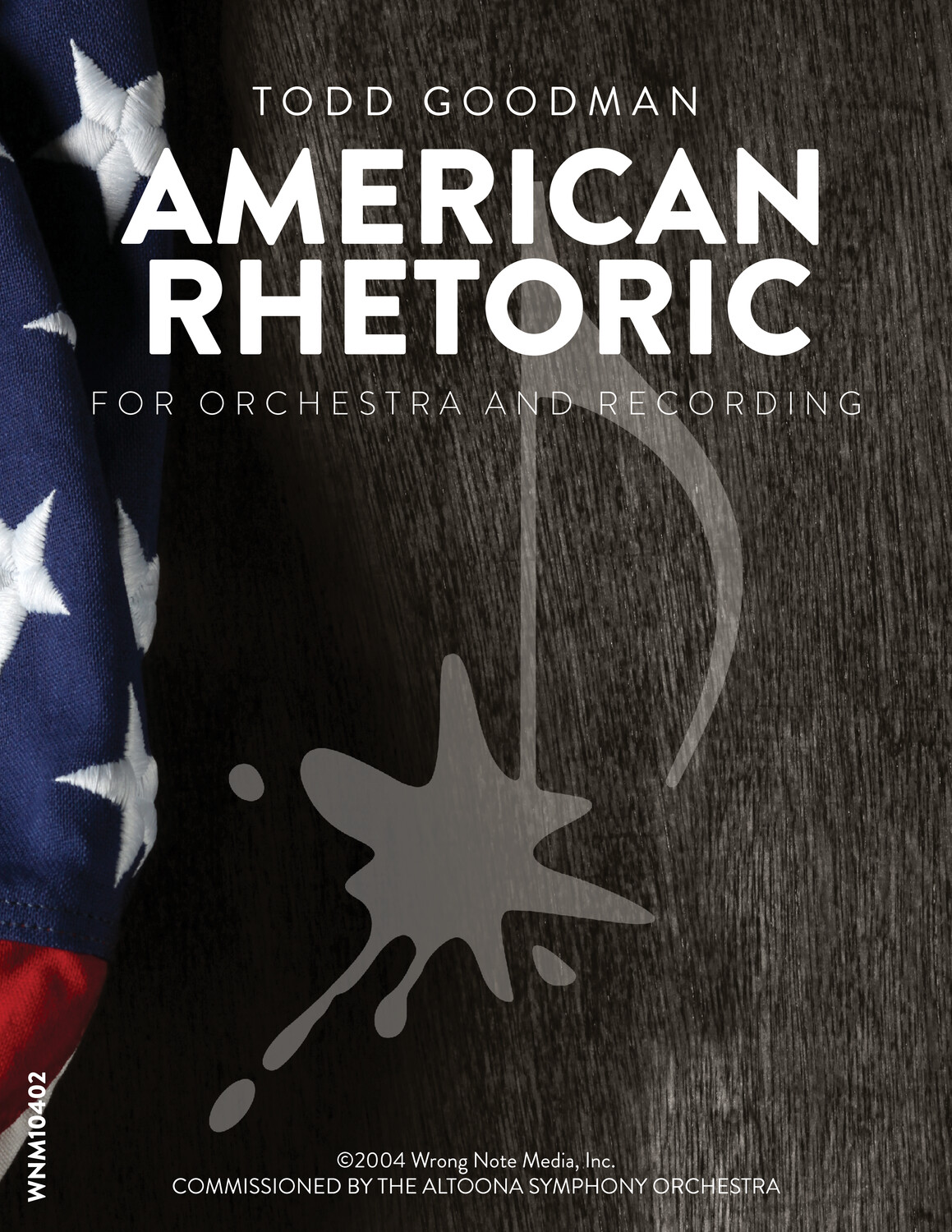 American Rhetoric
by the composer

When I was commissioned to write a new work to open the Altoona Symphony Orchestra's 2004 season, they asked for a piece that was full of energy and had an "Americana" flavor. I have always had a fascination for the grandeur, mystery, and respect of the Office of the President of the United States, so I decided to use that as my topic for this work. I was trying to figure out which of the past President's stories to tell and how to tell it and I just could not narrow down a single President nor a single event in history. I wanted to instead survey the last 50 years or so of extremely memorable moments and put those to music. Again the problem arouse of how to do such a thing. I had used a narrator in the past for works like my Symphony No. 1 "Fields of Crimson" and "Some Assembly Required," which is a work for children and the narrator, and a narrator worked extremely well in those situations; however, I did not feel that was the right answer for this work. I decided instead to use actual audio clips of the President's themselves to tell their own story. The work starts with the same speech every President starts with--the oath. The work then progresses to the idea of "getting America moving again," a speech given by Senator John F. Kennedy as he debated Vice President Richard Nixon in his triumphant road to the White House. As this vibrant music edges forward, it turns dark as we think of the hardship of defending this country. A melancholy set of four notes starts to move throughout the orchestra as we hear of the bombing of Pearl Harbor, the strikes of the first gulf war, the dropping of the atomic bomb on Hiroshima, and the terrorist attacks of September 11, 2001. The work ends with the same energy with which it began as each President ends the oath with "So Help Me God."