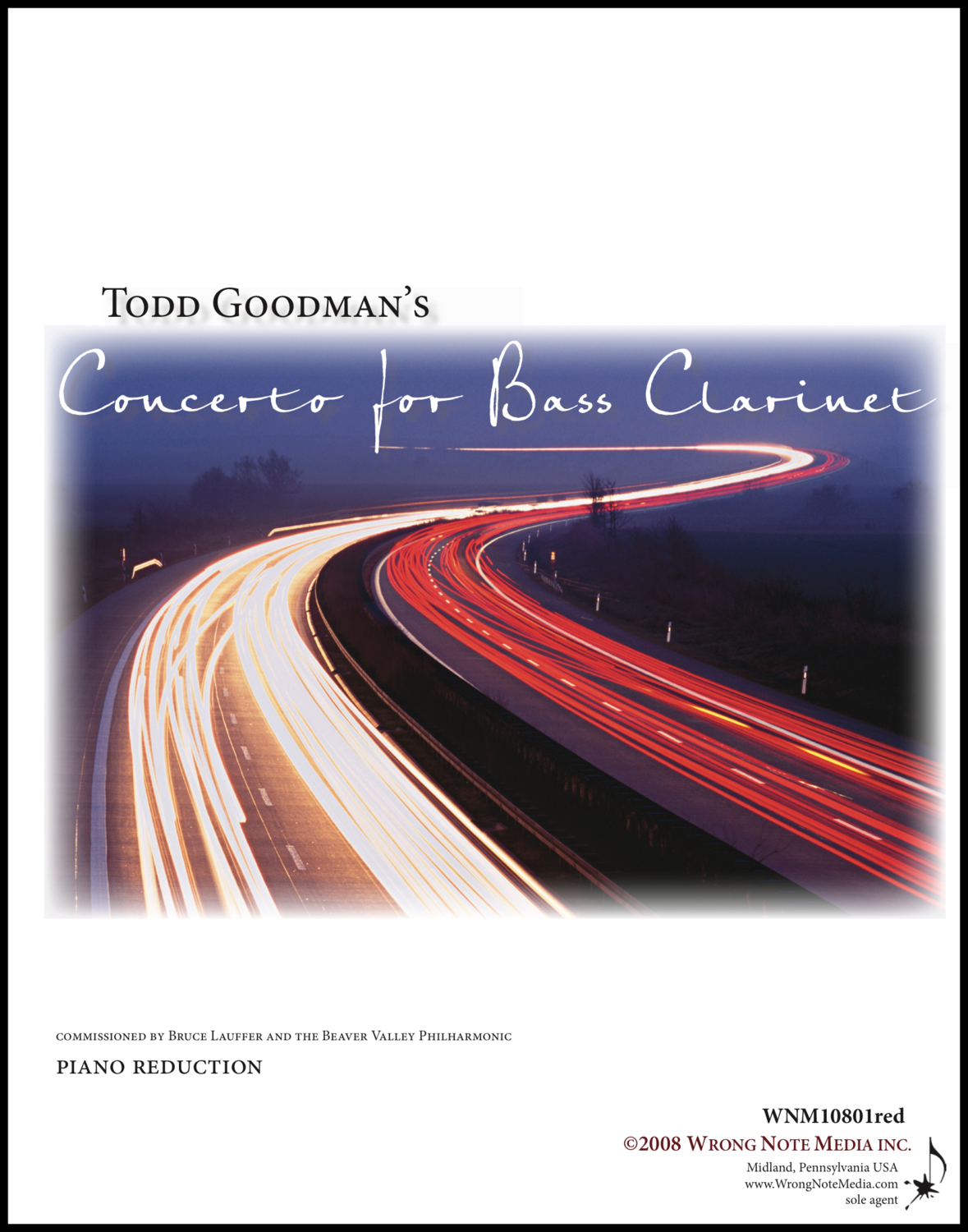 PERUSE THE SCORE
(scores do not display well in Safari)

PROGRAM NOTES
Todd Goodman’s Concerto for Bass Clarinet and Orchestra was commissioned by Bruce Lauffer and the Beaver Valley Philharmonic to conclude their 2008-09 season. The work, in two movements, takes the orchestra and soloist through a passionate journey of the relationship between a child and a parent. The first movement, Promenade Comique, translated as funny walk, is an argument between the orchestra, acting as the parent and the soloist, representing the child. The orchestra begins the movement with a strict and serious march, which is constantly interrupted by a jocular bass clarinet. As the march progresses, both the bass clarinet and the orchestra get more and more frustrated with one another leading to an explosion of tempers. A repetitious figure is heard pulsing in the orchestra as the soloist sings a subdued lyrical aria in its attempts to calm the angered parent. As the frustration level slowly abates, a variation of the march comes back, yet this time the roles are reversed. The bass clarinet is trying to be serious and the orchestra interrupts with funny gestures from the opening. This culminates with a return to the opening march with the characters playing their appropriate roles.