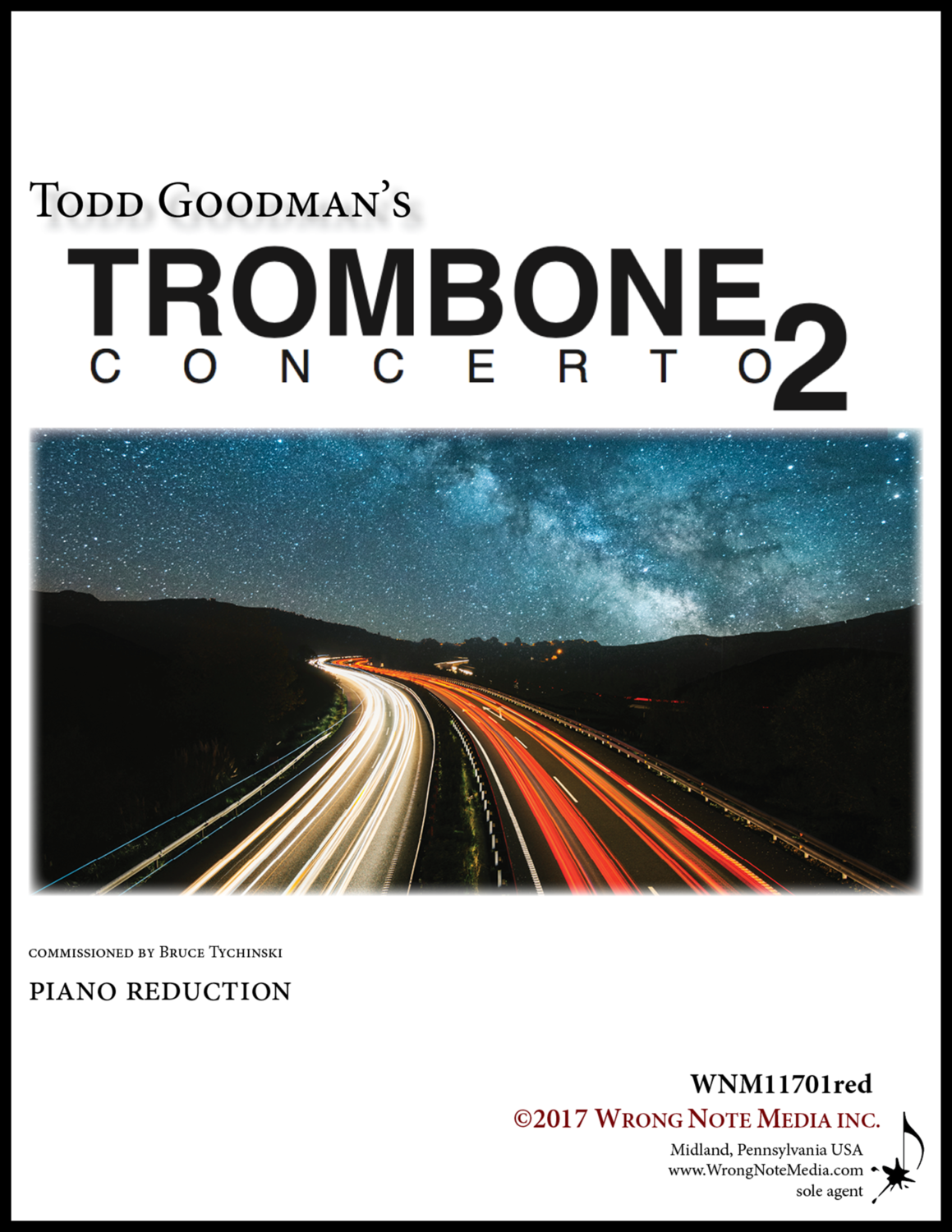 Piano reduction for Todd Goodman's Trombone Concerto No. 2 [WNM11701]
Product ships with both saddle-stiched piano score and solo part, both 8.5x11.
Reduction by the composer.

LISTEN TO THE WORK (coming soon!)

Listen to and watch the solo part of the studio recording by Dr. Bruce Tychinski, trombone; Dr. Michael Knight, conductor; and the University of Delaware Wind Ensemble