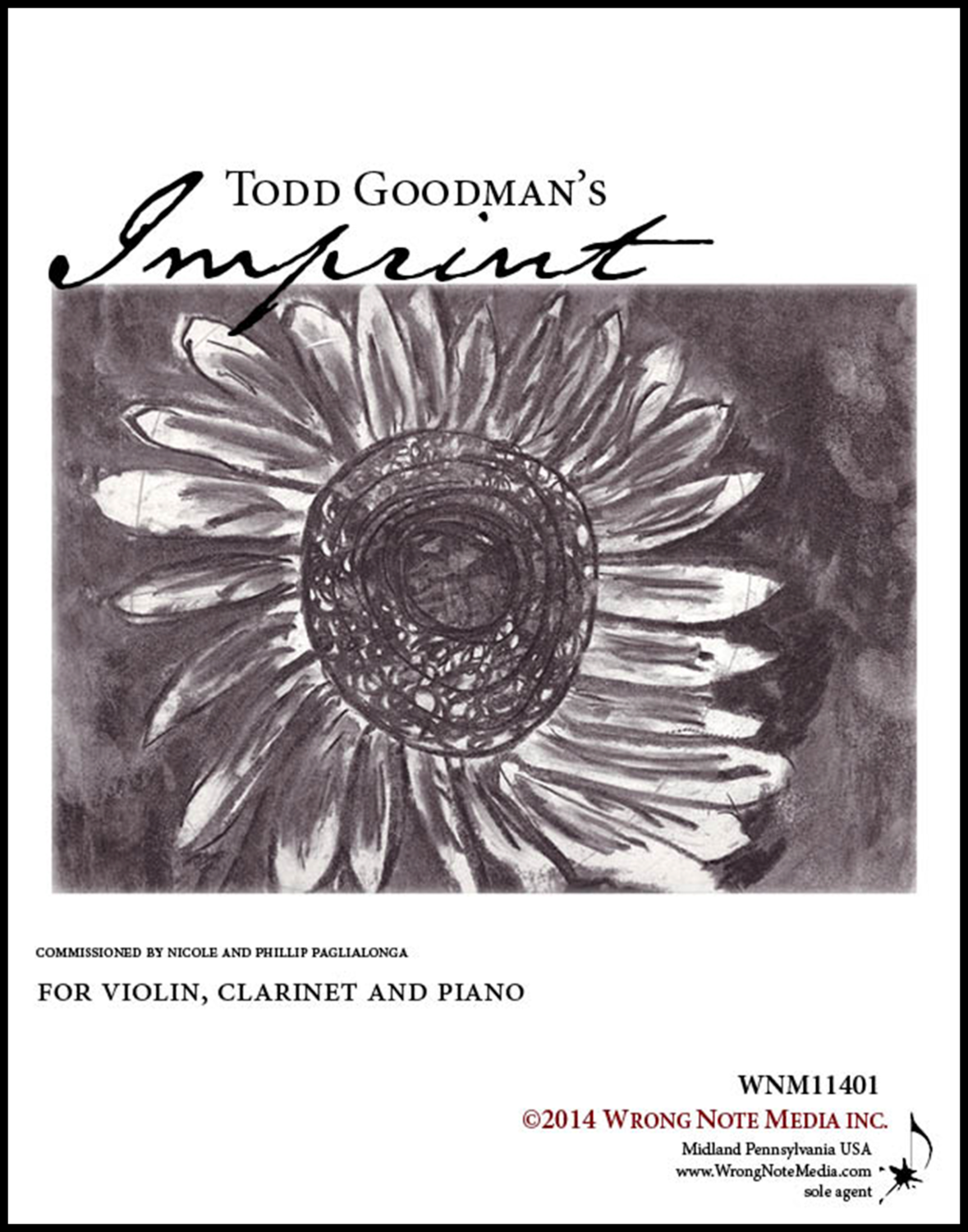 Part one: [noun] /'imprint/ a mark made by pressure; a mark or figure impressed or printed on something.

When a composer sets out to create a new work, the tool that they most often use is a motive—a short musical idea that can be repeated and developed to create a lasting impression on a listener. For me that motivic idea is the work’s imprint, or musical mark made upon the listener which allows the hearer to relate to and understand the piece. I started the writing of this piece with a series of notes—A-flat, G, B-flat, C—with the intent that a variation of those four notes would constantly interrupt the texture of the piece, as a grand tutti gesture. As the work quickly developed, those four notes became not only the motive but a strong imprint, or mark on the listener.

The second part is played with no pause from the first.

Part two: [verb] /im'print/ to make an impression; have an effect.

The word imprint also has other meanings, including the effect or impression that something has on someone--notably the first impression a child has of its mother. The second part of the piece represents that first moment in the relationship between a parent and their child.

Todd Goodman’s Imprint for violin, clarinet, and piano was commissioned by Nicole and Phillip Paglialonga and premiered in Thailand, in January 2015.

LISTEN TO A MIDI RECORDING TO THIS WORK: