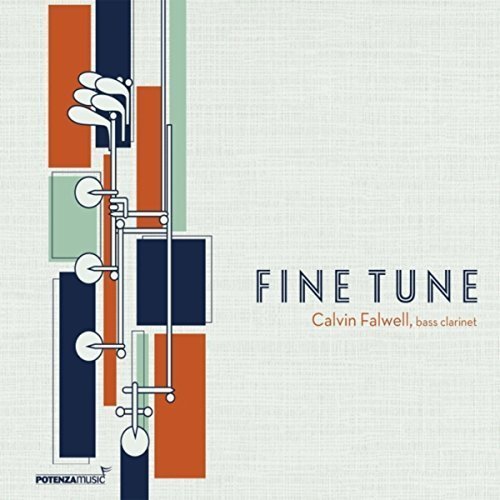 Todd Goodman's Concerto for Bass Clarinet, available here was a finalist for the 2011 American Prize for Orchestral Composition.

Praised for his "great skill and captivating sound" by Clariperu, American clarinetist Calvin Falwell is quickly becoming a sought after soloist and chamber music collaborator. His performances have garnered praise from critics and audiences around the world. A true champion of new music, Calvin has had the privilege of premiering numerous works for both clarinet and bass clarinet including works by Todd Goodman, David Thomas, Max Lifchitz, Suzanne Polak, Bradford Blackburn, Paul Reller, David Stock and Joseph Hallman.

As a soloist he has developed an extensive repertoire for bass clarinet. Solo appearances include concerto performances with the McCormick Percussion Group, South Florida Symphony, Beaver Valley Philharmonic and contemporary ensembles in Philadelphia, Pittsburgh and Louisville. Recent tours have taken him to South America, China and Europe.

Currently, Calvin holds the 3rd/Bass Clarinet chair with the Sarasota Orchestra in Sarasota, FL and is Professor of Clarinet & Bass Clarinet at the University of South Florida where he is also the Artistic Director of the annual South Florida Clarinet Fest. During the summer months can be found performing with the Ash Lawn Opera Festival in Charlottesville, VA.

Calvin is both a Selmer Paris and Rico Performing Artist, performing on Selmer Clarinets and Rico Reeds exclusively.