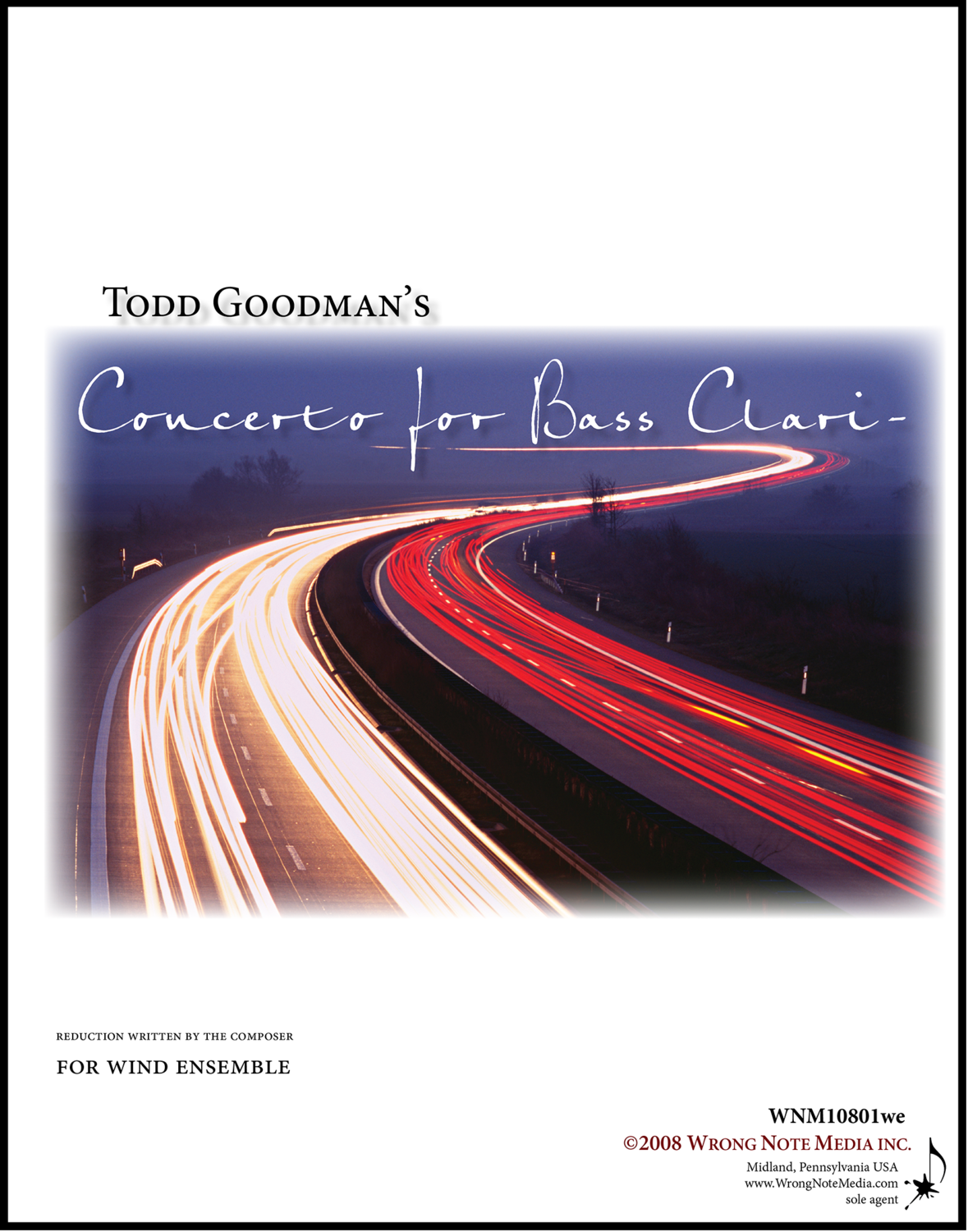 CONCERTO FOR BASS CLARINET AND WIND ENSEMBLE by Todd Goodman

Purchase includes score and one complete set of parts.

LISTEN TO THE ORCHESTRAL VERSION OF THS WORK